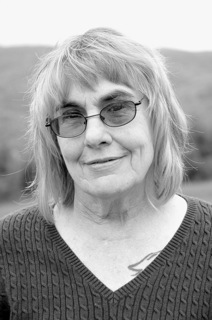 on a farm in western Massachusetts with seven dogs and some other beings. Her most recent full-length book of poems is "Ghost Farm" (Pleasure Boat Studio, 2010). Other collections include "The Red Window" (The University of Georgia Press, 1997). Her work has appeared in The New Yorker, Prairie Schooner, and Black Warrior Review.

It's wonderful to have new poems by Jody Stewart, deeply internal and intensely lyrical, while at the same time stitched with the thread of myth, story-telling and country lore. These are sensuous, wise, and consoling poems. --Tony Hoagland

To open Pamela Stewart's The Ghost Farm is to enter another world - invisible but wondrous. There, moonlight shines at noon and when 'sheep jump, their fleeces fall away,' ready for carding. A strange messenger tries to rescue the sun buried in a tree at forest's edge. These poems have the crystalline elegance of folklore, yet Stewart also meticulously details the dailiness of life on a farm. The Ghost Farm embodies a profound wisdom drawn from working closely with animals, surviving cancer, and living 'more flesh.' Stewart's poetic ear dazzles - and, oh, the glorious vision! Pamela Stewart is among our finest living poets. --Cynthia Hogue