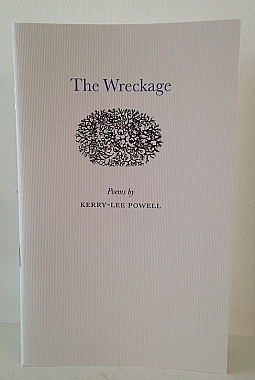 Born in Montreal, Kerry-Lee Powell has lived in Antigua, Australia and the United Kingdom, where she studied Medieval and Renaissance Literature at Cardiff University. Her work has appeared in The Spectator, MAGMA and The Boston Review. A full collection of poetry will be published in Canada by Biblioasis Press in 2014.

The lyric poems in this pamphlet were inspired by a shipwreck endured by Powell’s father during the Second World War, his subsequent struggle with post-traumatic stress disorder, and eventual suicide.